Olli was manufactured in the company’s Knoxville micro factory. Local Motors has long been innovating the future of vehicle 3D printing, and Olli is believed to be the only 3D printed transit vehicle on Earth.

Olli is the first self-driving vehicle to tap the power of IBM Watson.

Olli will be on display on the Market Square Stage from 9 a.m. Tuesday, September 19 until late afternoon Wednesday, September 20 for the public to get an up-close look at the future of smart transportation. 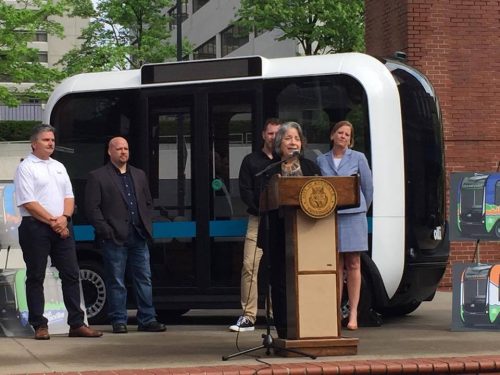